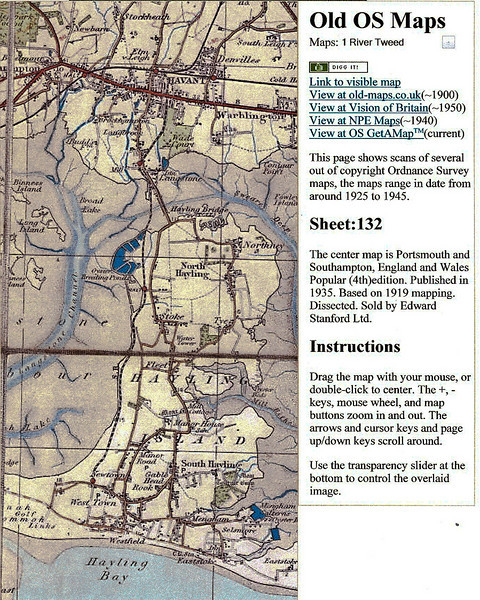 1930's out of copyright map of the route of the Hayling Billy Line from Havant. The dotted line running vertically down the page is the single track 'Hayling Billy' Railway which alas is no more. I found this website very useful in providing old OS maps.